The memorial banner project known across America as “We the People” arrived in NYC at St Peters Church, 16 Barclay St., Wednesday, September 11, 2002. The 21,000 mile, 72 day patriotic journey to all 48 contiguous United States commenced in conjunction with the One Year Memorial Anniversary Service being held at nearby Ground Zero.

Award-winning artist Michael Joseph invited communities to join together with, Firefighters, Police Officers, and Emergency Rescue Personnel, “to write a message of peace and love in memory of September 11th”.

On this day the invitation was personally extended to the thousands of firefighters, family members, and guest who convened from around the world, in respect of the lives tragically lost. According to Joseph “this is a humanitarian and historical effort to unite the country at this sensitive and significant time”. The 40’ x 50’ white vinyl banner is covered with over 30,000 sentiments inscribed with colorful ink pens. Amongst them are many Gov’s, Mayors, City Officials, and FD & PD Chiefs. Some being our nation’s most affluent individuals; former NYC Mayor- Rudy Giuliani, Energy Secretary – Spencer Abrahams, FEMA Pres.-Joseph Allbaugh, FL Gov.-Jeb Bush, and former Oklahoma City Assistant Fire Chief-Jon Hansen.

The signing events began in Ft. Lauderdale, FL on July 4th with the first 4’x16’ section imprinted with a breathtaking B&W photograph by Michael Joseph, of the World Trade Center and St. Peters Catholic Church, made on October 19, 2000 titled “In God We Trust”. Incidentally, this was the church NYC Fire Department Chaplain, Father Mychal Judge was carried to after being killed giving Last rights to a fallen firefighter. It was their vision and goal to “create the biggest love letter from America” In addition to their mission, signatures were also collected on a petition to help elect the photograph as a commemorative United States postage stamp.

Donated to the project were hundreds of Uniform Patches, T-Shirts, Pins, and other items of memorabilia by Fire, Police, & Rescue Departments. Michael Joseph anticipates giving the important artifact and items entirely to either the Smithsonian Institute or Museum in Washington, DC, a NYC Museum or relevant location “for preservation and future generations to behold…may we never forget”. Their grassroots project was funded by the artist, and through helpful independent contributions on the journey. 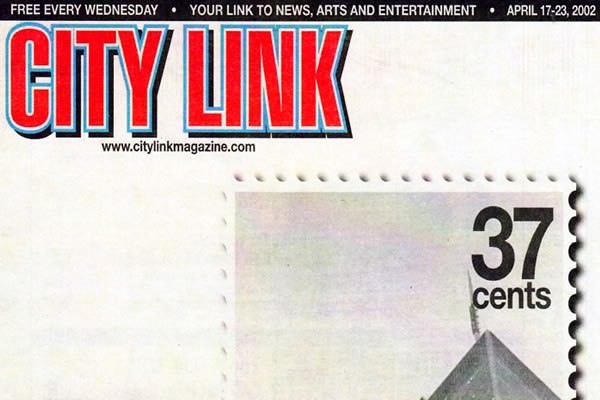 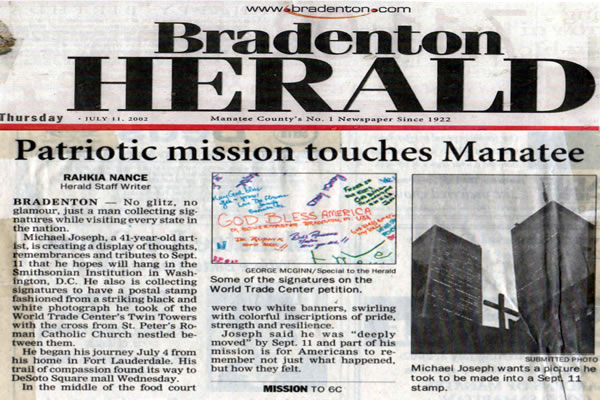 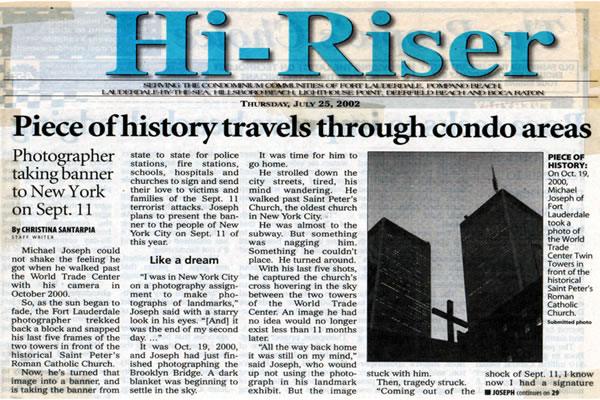 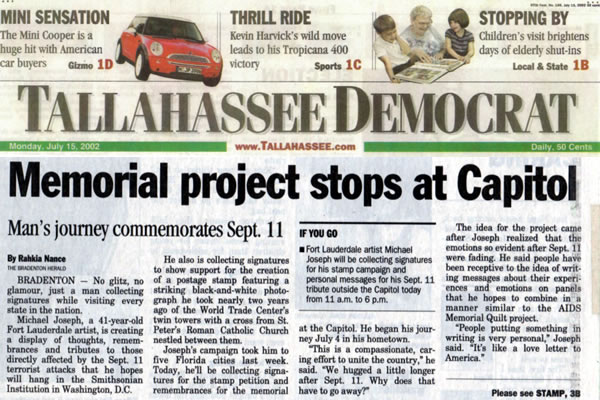 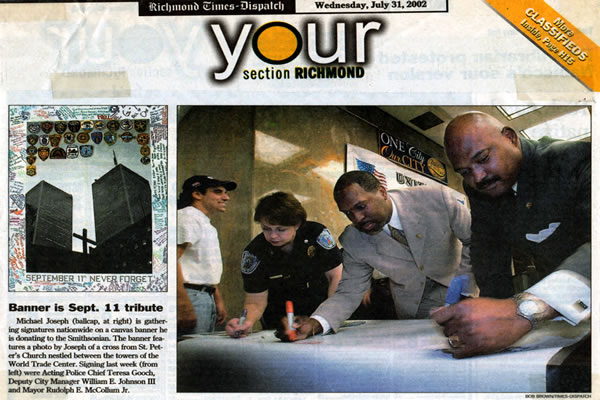 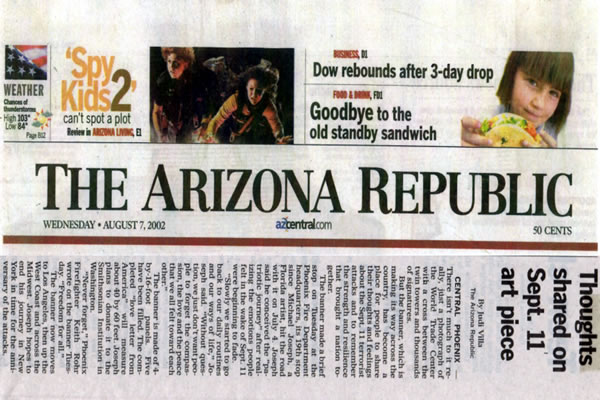 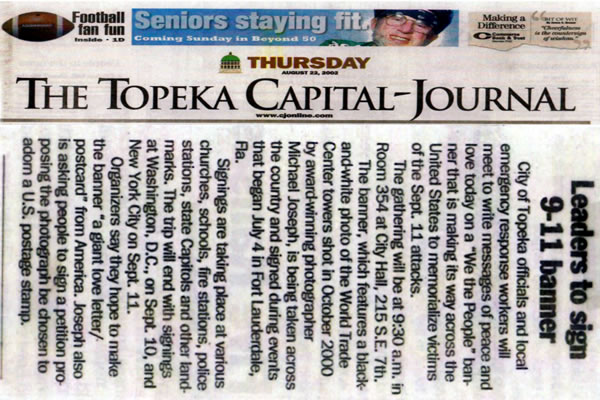 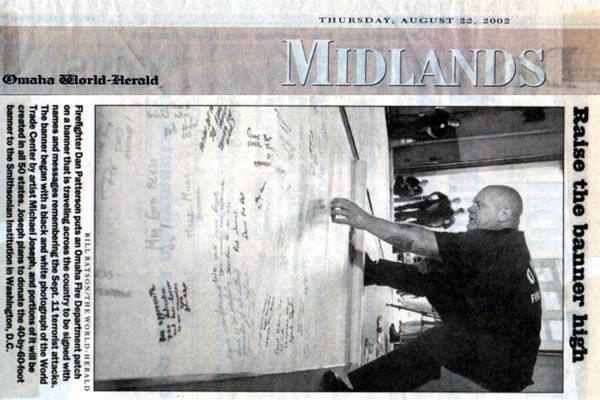 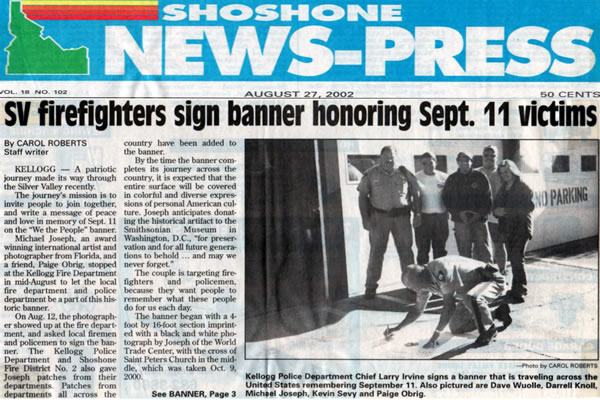 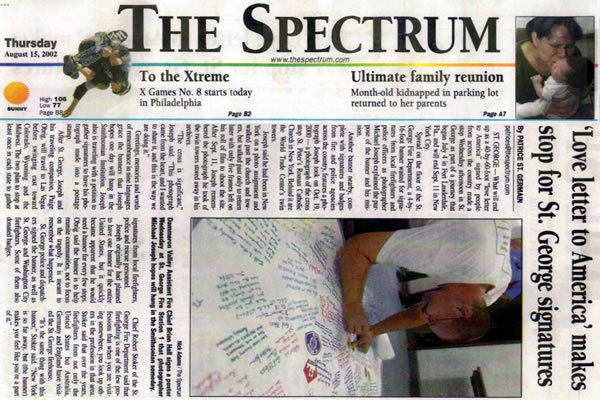 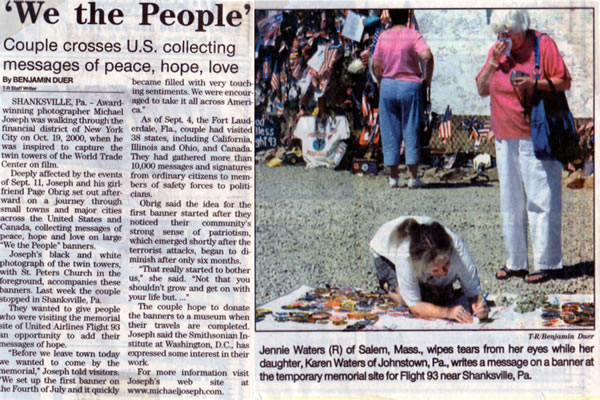 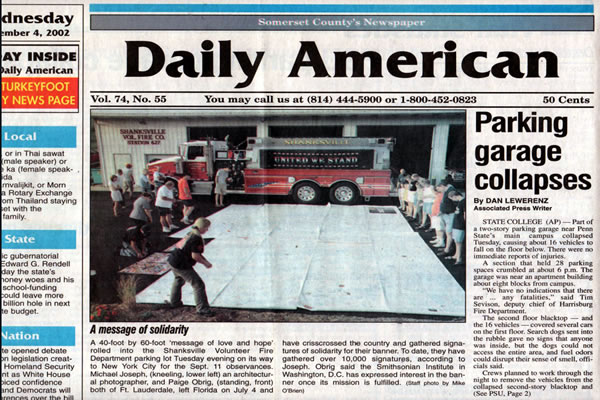 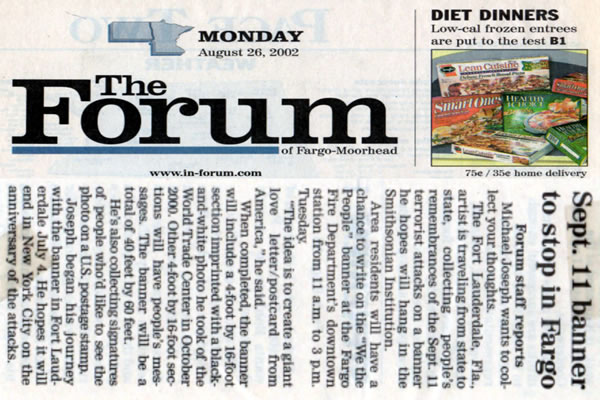 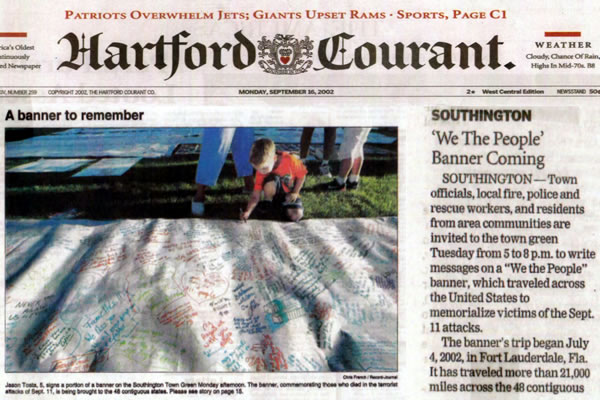 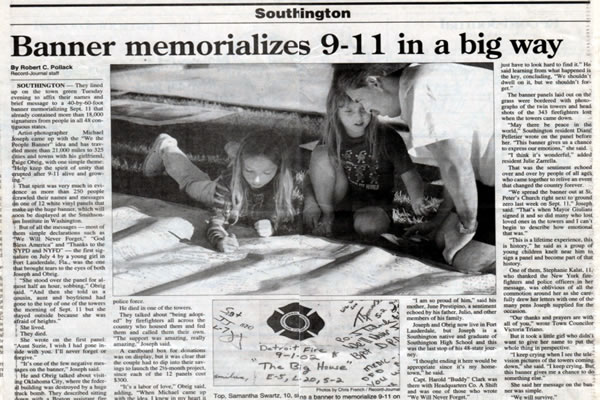 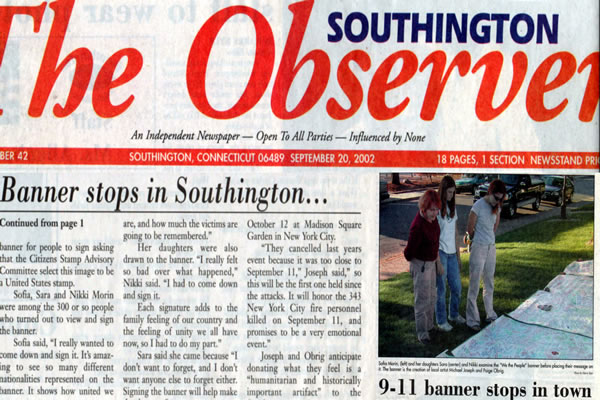 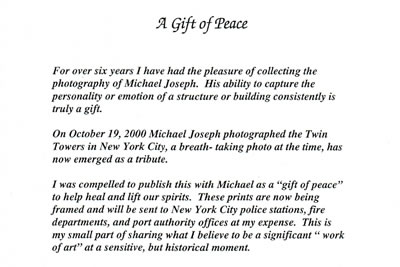 A Gift of Peace 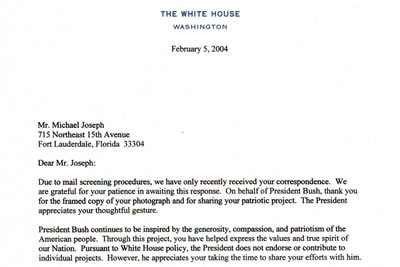 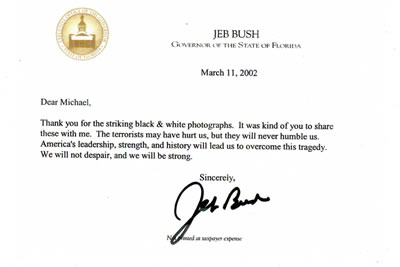 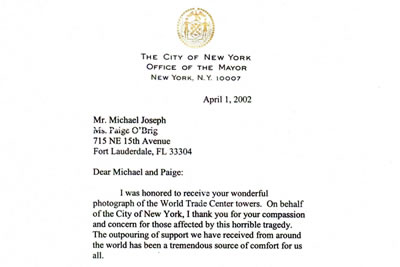